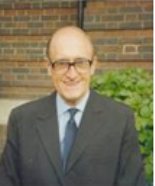 Mr John Hopewell, a renal consultant who oversaw the introduction of dialysis and transplantation at the Royal Free Hospital, has died aged 94.

Mr Hopewell was appointed as a consultant surgeon at the Royal Free Hospital in 1957 with the intention of developing a department of urological surgery. He had a particular interest in the possibility of treating end-stage renal failure by the emerging techniques of haemodialysis and renal transplantation. By 1958 patients were being dialysed and in 1960 Mr Hopewell performed the first live donor kidney transplant using chemical immunosuppression alone in the UK.

Professor Stephen Powis, medical director, said:  “John was instrumental in setting up services at the Royal Free Hospital for patients with kidney failure. In the late 1950s he undertook pioneering work in renal transplantation with Roy Calne, a junior surgeon working with him. Following this Roy, now Sir Roy, went on to develop many of the techniques and drugs used in modern day transplantation. John was passionate about the Royal Free Hospital and when I started work here in 1997, although already retired, he was one of the first to welcome me.”

Today the Royal Free London has around 700 patients on haemodialysis. Advances in treatment have led to longer lifespans and a much better quality of life. The average lifespan for patients on dialysis is now 20-30 years but some people have been on dialysis for more than 30 years.

In his memoirs featured on the British Transplantation Society website, John wrote: “Before 1960 there was virtually no treatment for the common problem of end-stage renal failure in the UK. By 1970 every region had a unit capable of treating it by haemodialysis and transplantation, which have continued as complementary treatments to the present time. This development, a notable and rapid advance in clinical practice, deserves historical record.”

On his retirement in 1986 he was appointed as an honorary consultant in urology at the Royal Free Hospital.