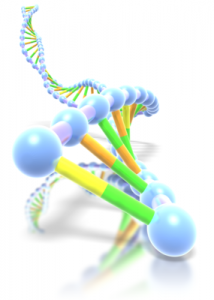 The Royal Free London is one of six hospital trusts in north London that are supporting the delivery of the Prime Minister’s 100,000 Genome Project, which could lead to more effective treatments for cancer and rare conditions.

As part of the study the Royal Free London will be collecting blood samples from patients who have given their consent, which will be genetically analysed.

Staff at the Royal Free London will be working with colleagues from five other trusts, which together have formed the North Thames Genomic Medicine Centre. The other trusts involved in the partnership are Great Ormond Street Hospital, which is leading the group, Barts Health NHS Trust, London North West Healthcare, Moorfields Eye Hospital NHS Foundation Trust, and University College London Hospitals NHS Foundation Trust.

Patients receiving care at all hospitals in the centre will be identified and asked with consent to provide blood samples for genetic analysis.  By collecting and analysing samples on a large scale and matching them with the symptoms and the long-term outcome associated with these conditions, the genome project aims to position the UK as the first country in the world to sequence 100,000 whole human genomes.  In all, it is anticipated that about 75,000 people will be involved of which 40,000 will be patients with serious illness.  The aim is to help researchers and clinicians better understand, and ultimately treat, rare and inherited diseases and common cancers.

Patients at Great Ormond Street, Moorfields Eye Hospital and UCLH have taken part in a pilot study for the project over the past year and provided blood samples to Genomics England for detailed analysis. Supported by one of the country’s leading academic health science partnerships UCLPartners, Great Ormond Street came together with the other five partners, including the Royal Free London, to plan the creation of the North Thames Genomics Medicine Centre.

Today’s announcement means a larger number of patients who are receiving care and treatment in the North Thames region through all the partners will be involved in the rare diseases component of the study, which will start recruiting in the first quarter of 2015. Samples collected at University College London Hospitals, Barts Health and London North West will also focus on the study and diagnosis of common cancers with a view to improving treatment.

In total there are 11 centres across the UK which will be involved in the genome project.

Professor Stephen Powis, medical director of the Royal Free London NHS Foundation Trust, said: “Sequencing these genomes will give us a better understanding of conditions like cancer and could lead to the development of targeted treatments, which could be more effective than the treatments we are currently able to provide. It is hugely exciting to be part of this project.”

Professor Lyn Chitty, the clinical lead for North Thames Genomic Medicine Centre and the North Thames Clinical Research Network, said: “This is a really exciting project and offers a great opportunity. We hope that by doing whole genome sequencing we will identify the underlying genetic cause for some rare diseases as well as potentially highlighting new treatments for cancer patients through a better understanding of the cause of their disease.

“In the longer term, this is a project that stands to transform the NHS. Ultimately, if we can make it affordable and efficient enough, whole genome sequencing could be used as one of the first lines of investigation to help clinicians diagnose diseases more quickly and without the need for numerous other tests, as well as identifying the most appropriate treatment.”

The North Thames Genomic Medicine Centre builds on an existing and established collaboration through UCLPartners. The partnership supports a diverse population of over six million people and has proven delivery of genetic samples, established consent protocols.  It is well positioned to fulfil its role in the 100,000 Genome Project.