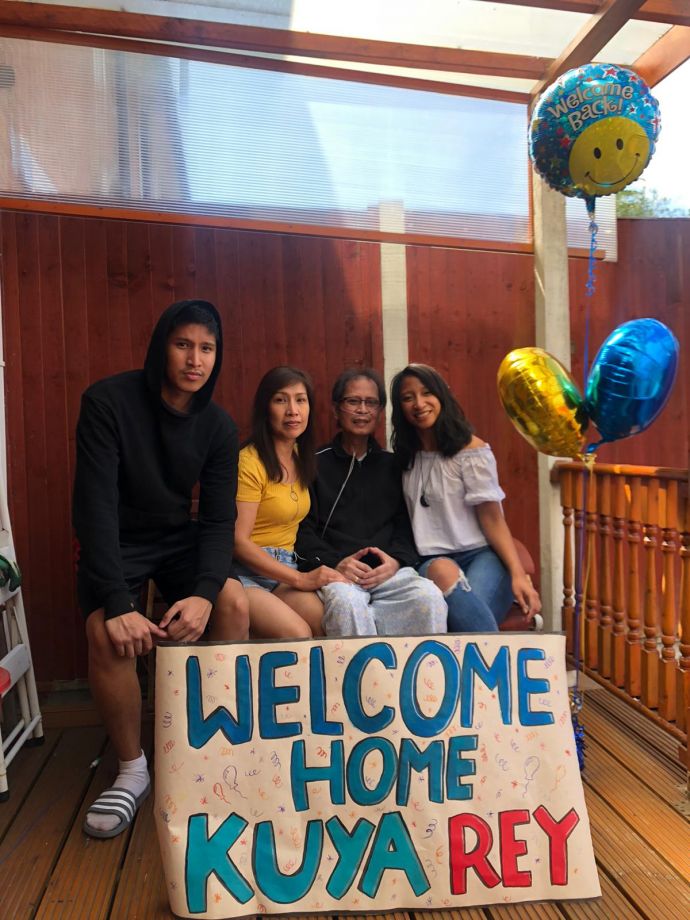 When it comes to the Royal Free London NHS Foundation Trust (RFL) the Bautistas certainly keep it in the family.

Three remembers of the family, from Burnt Oak in north west London, either work or have worked at the trust – and they are now celebrating the care provided by colleagues to their father and husband Reynaldo who contracted COVID-19.

Cristina Bautista, a sister on the renal day ward at the Royal Free Hospital (RFH) and daughter Khristine, who works as a bank nurse on the acute medical unit (AMU) at Barnet Hospital (BH), have paid tribute to staff who cared for 61-year-old Reynaldo for almost three months, making him one of BH’s longest staying COVID-19 patients.

Reynaldo was admitted to BH on 12 April and finally returned to the family’s home in Burnt Oak, north west London, on 21 July after spending three months at BH and a further two weeks at Finchley Memorial Hospital undergoing intense rehabilitation.

Reynaldo, a nurse at Guy’s and St Thomas’s NHS Foundation Trust responsible for inpatient discharges, is still very weak and on oxygen but his family are just delighted to be able to have him back with them after fearing they would lose him to the virus.

Khristine, 26, said: “My father had leukaemia last year and we were all very worried about him getting COVID-19 and I’d suggested moving into separate accommodation but my parents took the decision that we would deal with this as a family. But unfortunately one by one we came down with it.”

Khristine’s brother, Johne, a 20-year-old student, took care of her mother, who was less unwell, and as she was now feeling better, Khristine took care of her father who continued to deteriorate.

Khristine said: “His breathing was becoming shallow and his respiration rate was increasing. In the end I spoke to a colleague in ED and he recommended we brought him in. Initially he was discharged but as his oxygen saturation levels continued to drop we were advised to bring him. Initially he was on a ward but as his condition worsened a friend explained that he would need to go to ICU in case he needed to be intubated.”

For the first few days in ICU Reynaldo was put on CPAP – wearing an oxygen mask night and day to support his breathing. But despite all the family’s prayers Reynaldo continued to struggle with his breathing and eventually the decision was taken to put him into a coma. Khristine had to break the news to her devastated family.

“It was one of the hardest things I’ve had to do in my life,” she admitted. “My mum was very tearful. We all were.”

As Reynaldo’s life hung in the balance Khristine says she struggled with the enormity of the situation.

“I couldn’t think like a nurse, at the end of the day this was my father and I could only think like a daughter. I feared he might never walk me down the aisle or meet the grandchildren I was yet to have. The beginning of May was very very difficult, I feared the worst.”

But incredibly Reynaldo pulled through and was eventually able to leave ITU on 10 June. From there he went onto a ward and was there for about three weeks. He was finally discharged from BH on 7 July but had to go to Finchley Memorial Hospital for rehabilitation, slowly learning how to do things for himself again as his muscles were so wasted. 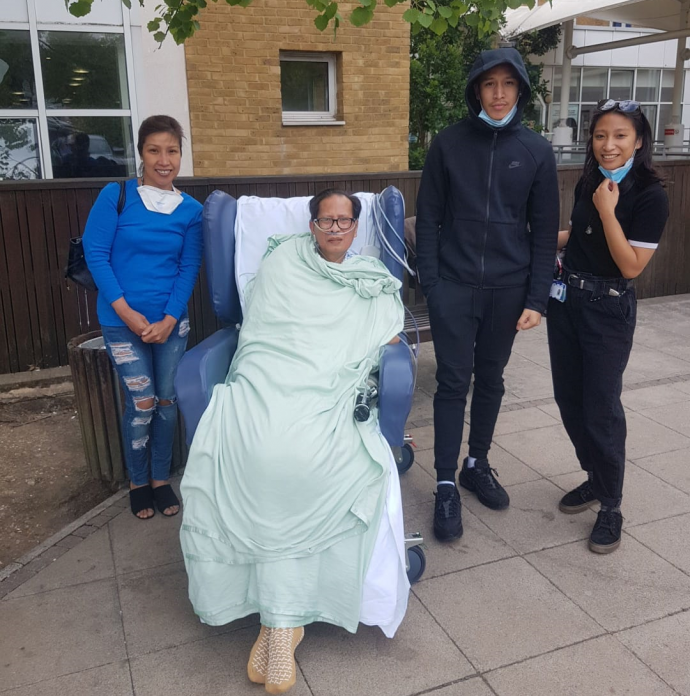 Reynaldo and his family outside Barnet Hospital as he prepared to continue his rehabilitation.

Khristine adds: “I’m so grateful and proud of the staff in ITU and on the wards. This was a team effort and I will never forget their kindness and dedication. I always had so many questions but they never made me feel like I was asking too much. I’m also incredibly proud of my father for how he fought the virus. We learnt so much as a family and going through this showed us just how popular my father is – he was a professor of nursing in the Philippines for many years - so many people were asking after him here and in the Philippines, he means so much to so many.” 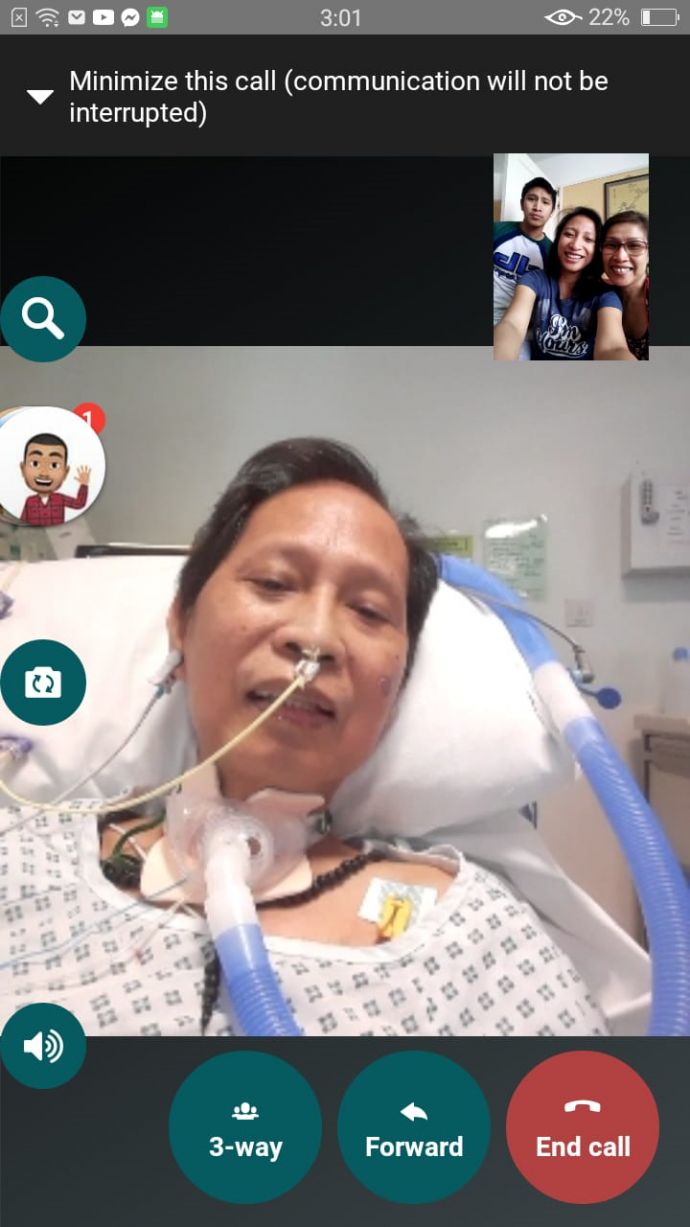 In yet another connection to the trust that cared for him, Reynaldo actually used to work at the RFH on one of the wards and then in the discharge lounge. BH is part of the same trust as the RFH.

Deborah Sanders, chief executive of BH, said: “We’re delighted to hear that Mr Bautista is back home and recovering well after his long stay with us. Mr Bautista’s recovery is testament to the incredible work of our staff who never gave up hope for their fellow NHS colleague.”

Click here to read Reynaldo's story in The Sun.