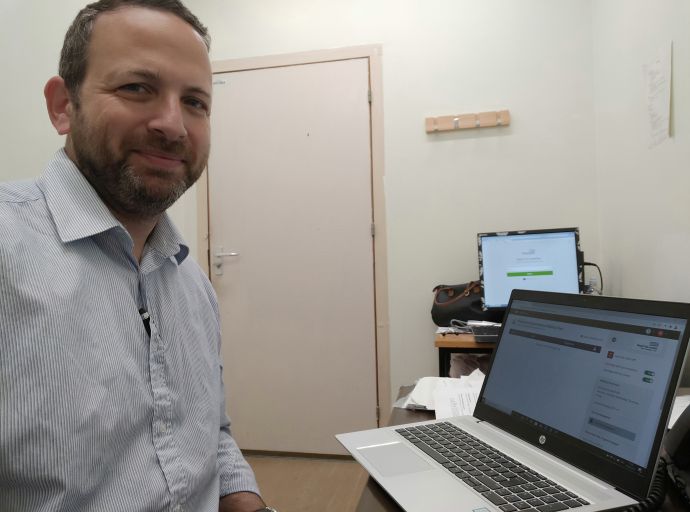 Introducing video appointments for patients at the Royal Free London was already a priority before COVID-19, so when the new measures meant that we needed to reduce the number of face-to-face appointments we went full steam ahead and introduced Attend Anywhere, a system offering secure video consultations for patients.

After speaking to patients we’ve found that the new technology provided them with a lifeline for accessing vital services during a difficult time.

They also raised a number of other benefits including better convenience, saved time and money, and reduced stress. Based on our initial findings, video appointments could save patients thousands of hours in travel time and thousands of pounds in fares every year.  The benefits were felt particularly keenly by those who have been shielding, many of whom told us that they would like video appointments to become part of our standard service.

One team making full use of video appointments is the pulmonary hypertension service. Dr Benjamin Schreiber, consultant in pulmonary hypertension, said:  “We were working on introducing video consultations before COVID-19, and had tested the system but were waiting to implement it. We are now using the software fully, and have completed several hundred consultations.”

Dr Schreiber found that video appointments compared favourably to telephone consultations: We find the video consultations to be much more satisfying encounters compared to a simple telephone call, both for us as clinicians and for our patients. The communication is far superior and I think that is critical for reassuring patients at this time.”

Patient Tara Sullivan agreed with this. She said: “I think video consultations are the way forward. I have not had to travel to the hospital, which in itself can be a stressful experience. Mixing with other people during these times of COVID-19 needs to be avoided, especially with someone who already has a lung disease. Overall it just makes the appointment quick and succinct for both patient and consultant, thereby allowing for better use of time.”

The pulmonary hypertension centre at the RFL provides a specialist service with many patients travelling into our hospitals from afar. This meant that they were particularly affected by the lockdown – and also that reducing the number of times patients need to travel to the hospital could have a significant long-term impact.

Video appointments have also offered an ideal solution that allows patients and clinicians to see each other face-to-face without asking those with conditions which make travelling difficult to leave their home. Consultant podiatrist Richard Leigh said:

“With the emergence of COVID-19 video appointments became essential for the podiatry service, as many of the patients seen by the multidisciplinary foot health team have underlying conditions and were self-isolating. We deal with wound care, which is graphic in nature. Being able to see a wound on screen gives more detail than a description over the telephone.

“Ultimately, video appointments have been very effective; we’ve also found many specific benefits for particular groups such as reviewing patients in care homes and being able to give advice to podiatrists, nursing teams and other health care professionals on continuing care. We would like to continue the provision of this service when we return to normal service, for instance for patients who have difficulty getting to the hospital.”

Image: Dr Schreiber signing in to the Attend Anywhere portal