A volunteer from the Royal Free London has been honoured with a Daily Mirror Pride of Britain Award. 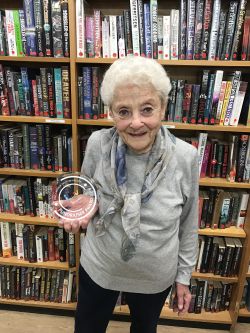 Eva Ratz, 89, won the special award for fundraising as she has raised an estimated £4 million for the Royal Free Charity during her 30 years of volunteering at the Royal Free Hospital.

Eva said: “All I can say is thank you. I have been volunteering here for over 30 years. I’ll take a photograph of the award and send it to my family. I was given a certificate after 20 years, but now the real prize is being on ITV!”

Chris Burghes, chief executive of the Royal Free Charity, said: “I have met many fundraisers and volunteers, but no one has inspired me as much as Eva has. This hospital is a better place because of Eva and the money she has raised has gone towards great things. Eva deserves this award and we are so happy for her.”