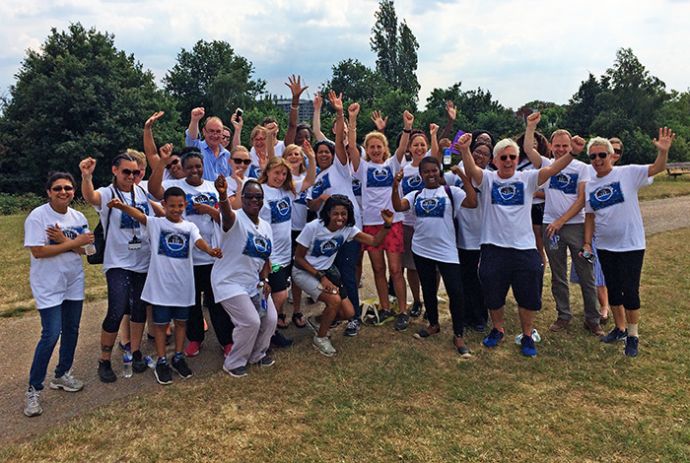 In glorious sunshine more than 30 staff and friends set off from the Royal Free Hospital to take part in a special walk as part of our NHS 70th birthday celebrations.

‘Walking for Windrush’ was held on Monday afternoon to recognise the contribution of the people from the Caribbean who emigrated to Britain in 1948 on the British ship ‘Empire Windrush’ to come and work in the NHS from its inception.

Jackie Wastell, a clinical lead physiotherapist, who leads a walk each week from the hospital, devised a special route over Hampstead Heath which included plenty of points of historical interest. Walkers were shown boundary stones placed in a 12th century ditch which marked the divide between the boroughs of Hampstead and St Pancras.

David Grantham, director of workforce and organisational development, said: “It’s fantastic to be celebrating the contribution of what’s become known as the Windrush generation. It’s also an opportunity to reflect on how our hospital continues to be as reliant as ever on recruiting staff from all over the world.”