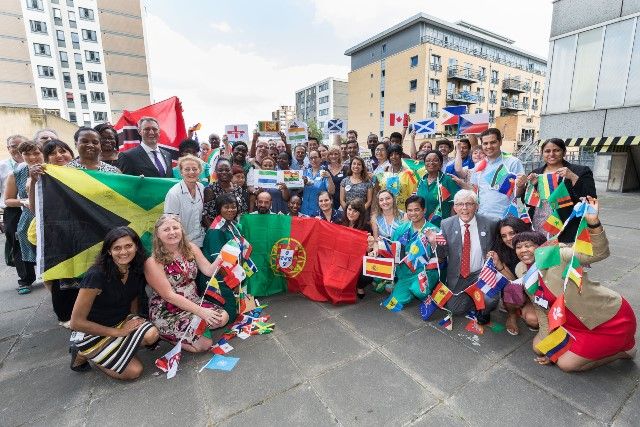 Staff at the Royal Free London (RFL) flew the flag for their nationalities during this week’s NHS70 celebrations.

Doctors, nurses, cleaners, therapists, porters and support staff proudly displayed their flags with selfies on social media and then gathered for a group photo which celebrated the diversity of the RFL workforce.

The trust’s aim was to get 70 nationalities represented for the NHS70 anniversary on July 5. From Albania to Australia, Italy to Iran and Mauritius to Myanmar, staff delivered – and then some.

They pulled out their flags, dug out their national costumes, took part in photo shoots and joined in on social media with the RFL #NHS70Nationalities campaign.

Sir David Sloman, RFL group chief executive, said: “People from all corners of the world come to work for the NHS and that is what makes us so special and a true family. The response of our staff to this campaign was overwhelming and shows a huge sense of pride for our wonderful national health service.”