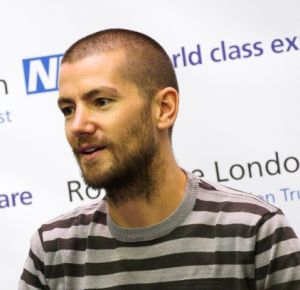 William Pooley, who was treated at the Royal Free Hospital after contracting Ebola in Sierra Leone, will be delivering the alternative Christmas message for Channel 4 this year.

Mr Pooley, who returned to Sierra Leone after making a full recovery from Ebola, will be calling for a global solution to the Ebola epidemic, which has so far claimed 7,000 lives.

In a pre-recorded piece Mr Pooley said: “In the end I was extremely fortunate. My colleagues worked night and day to get me flown back to Britain for the best available treatment at the Royal Free Hospital in London. And thanks to this treatment I recovered within days.

“I realise I was incredibly lucky, lucky to be born in a wealthy country, lucky to be well educated, lucky to have access to the best possible treatment for this awful disease.

“Thousands of people here in west Africa have not had that luck. They have died often lonely, miserable deaths without access to proper medical attention.

“If anything, Christmas should focus our minds on our kinship with people in all corners of the globe,” he will add. “We are all brothers and sisters. I’m sure we would all help a brother or sister in need.”

Channel 4 has broadcast an alternative to the Queen’s annual Christmas message since 1993.

Mr Pooley was admitted to the Royal Free Hospital in August, where he was treated in our high level isolation unit.

His message will be broadcast on Channel 4 at 1.50pm on Christmas Day, before the Queen’s broadcast at 3pm on BBC1 and ITV.