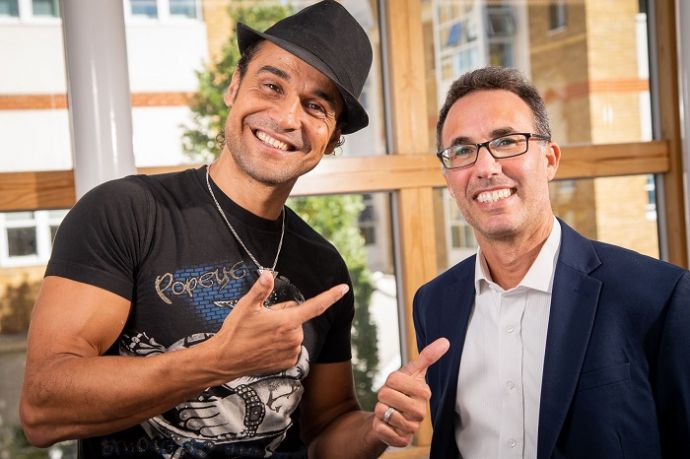 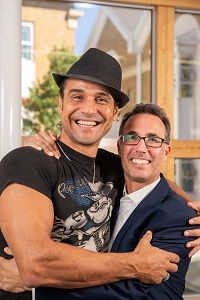 X Factor star Chico Slimani was convinced he was going to die after suffering a stroke which could have killed him instantly.

But this week he returned to Barnet Hospital and thanked staff for saving his life.

The celebrity, who found fame on the ITV talent show and went on to have a hit single ‘It’s Chico Time’, describes having a ‘near death experience’ less than two weeks ago when he suffered a stroke and was treated at Barnet Hospital.

Driving back home to Barnet after having led one of his exercise classes he noticed something was wrong.

He pulled over and vomited and then he explains: “My eyes were going in the back of my head literally — I was in a bad way. I was far from okay.”

Despite suffering a stroke Chico drove home and, remarkably, not realising what was wrong with him, the following day he travelled to Skegness to lead another fitness class whilst still experiencing stroke symptoms.

However, when he got back home he knew something was very wrong and went to see his GP who immediately referred him to the stroke clinic at Barnet Hospital.

He says that Chico suffered a massive stroke to the back of his brain.   “It showed a large stroke on the MRI scan.  I even questioned whether I had got the right scan but on double checking the details and reviewing it with the radiologists, this was the correct interpretation of the scan.”

Dr Webber explains that Chico was treated as an outpatient and is now continuing his treatment with medication and will have several more follow up tests and scans.

“For a stroke in someone young, which is generally under 55, we need to try and understand whether there is an unusual underlying mechanism or cause.

“But he has made a remarkable recovery which is very unexpected considering what the scan results showed.  I have never seen a case like this before in my career.

“To have suffered an acute stroke like this and to have recovered like he has is very unusual, to have no obvious outward signs or symptoms that this has happened to him is amazing.

“I can only attribute it to your fitness and positive outlook on life” he adds.

Chico has been advised by his doctors to rest and recuperate and will not be able to drive for the next month.

He describes himself as a ‘walking, talking miracle’ and says his fear of anything has been completely removed.

“I cannot thank the doctors and the medical team enough for their amazing work and the speed of the tests I’ve had and the treatment I’ve received.

“I want to say a massive ‘thank you’ to all the staff at Barnet Hospital, to each and every one of them who have taken such great care of me, they are just marvellous.”

He had a special note of thanks for Dr Webber who he says he feels like he has ‘known all his life.'