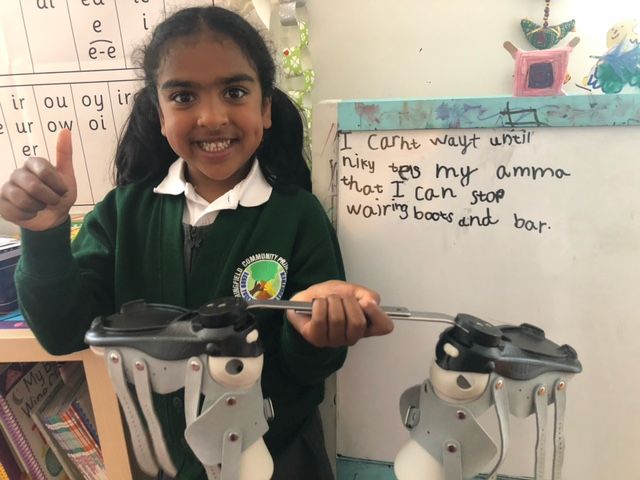 Senara Gunawardena is receiving an extra-special birthday present when she turns five today.

Senara was born with talipes, also known as club feet, where the feet turn in and under. But thanks to the Ponseti method treatment, which Senara has been receiving at the Royal Free Hospital since she was just 10 days old, her feet are now perfectly straight and she will said goodbye to her boots and braces for the final time when she woke up this morning.

The Ponseti method involves gently manipulating and stretching a baby’s feet into a better position, using plaster casts. This is repeated every week for about five weeks, then most babies have a tenotomy, a cut of the Achilles tendon and a further three weeks in plaster. This is followed by a strict regimen of wearing boots and a brace which is initially worn for 23 hours every day for three months, slowly decreasing to nights and naptime until it is worn only at night.

Senara, who loves gymnastics, swimming, playing football and attending theatre and drama club, has clearly not let her condition limit her but the completion of her treatment means she should continue to progress through childhood to adulthood without the need for further intervention other than yearly check-ups until she is 10.

This talented trio treat approximately 35 cases each year and patients are referred from across North London and Essex. The success rate is 98% and key to success is adherence to the treatment.

Senara’s mother Suwani, a teacher who lives in South Tottenham, first discovered there was a problem when she went for her 20 week scan at the Royal Free Hospital.

She said: “Towards the end of my scan the sonographer said everything else seemed fine but she had spotted that both feet weren’t quite in alignment and the baby had talipes. But she added the good news was that this was something that over time could be corrected.” 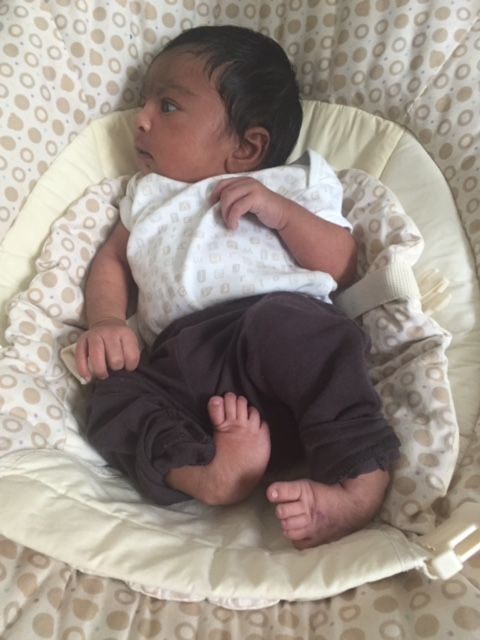 (Senara before she began the Ponseti treatment)

Suwani admits that she had no idea what talipes was but she could see for herself the problem on the scan.

But as soon as Nikki from the Ponseti team called Suwani she felt reassured. Nikki not only talked the condition through with her but also gave her details of the Steps Charity and also put Suwani in touch with a parent whose child was receiving Ponseti care at the Royal Free Hospital.

When Senara finally made her entrance into the world it wasn’t ideal as Suwani had had to have an emergency C section.

Suwani explains: “Senara’s feet were the first thing I saw and, even though I knew what it was going to be like and it was bearable, it was of course still a real shock.”

Just 10 days later treatment began. A full plaster cast was fitted on both Senara’s legs and at the end of each week, in order to soften the cast before it was removed, Suwani would soak Senara’s legs for 20 minutes in the bath then wrap the casts with towels followed by clingfilm and supermarket bags and then set off for the hospital. 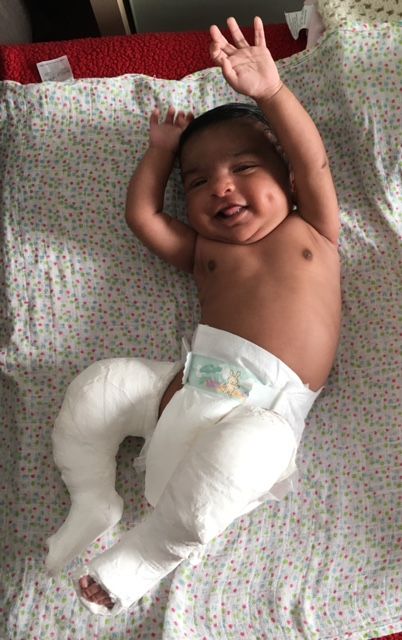 Suwani said: “We got some strange looks on public transport and sometimes people asked me questions. Every week as the cast was taken off and a new one fitted I was feeding her breast milk from a bottle so we tried to make it as nice an experience as possible and I felt reassured she wasn’t in any pain. Nikki and Lindsey were so funny and they were always trying to make me laugh but equally if I burst into tears they were really supportive.”

When Senara was three months old she had to have a tenotomy or tendon release – a short surgical procedure to cut the tendon, which was carried out by Miss Malaga Shaw.

Suwani said the hardest part of the journey was when Senara had the boots and bar put on for the first time and she cried non-stop for 48 hours. Suwani said: “Nikki and the team were incredibly helpful – I could call them at any time, sometimes that was at 11pm at night. I also appreciated that the consultant Olivia always took the trouble to come to the physio appointments.”

Suwani said: “At the beginning it was so tough – poor Senara had bruises everywhere on her feet and I had to put special plasters everywhere but we kept going. I just had to tell myself that this was temporary and it would pass. Gradually Senara got used to the boots and bar and even her nursery was able to help take the boots and bar on so she could wear them when she went down for her afternoon nap.” 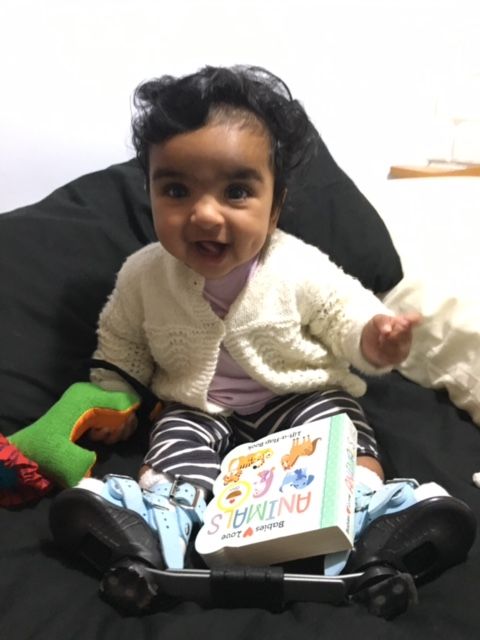 (Senara got used to her boots and brace)

Now Suwani is looking forward to letting Senara enjoy a life free of the boots and bar and Senara is excited too.

She said: “I’m looking forward to being able to go to my friends for sleepovers which I haven’t been able to do before.” 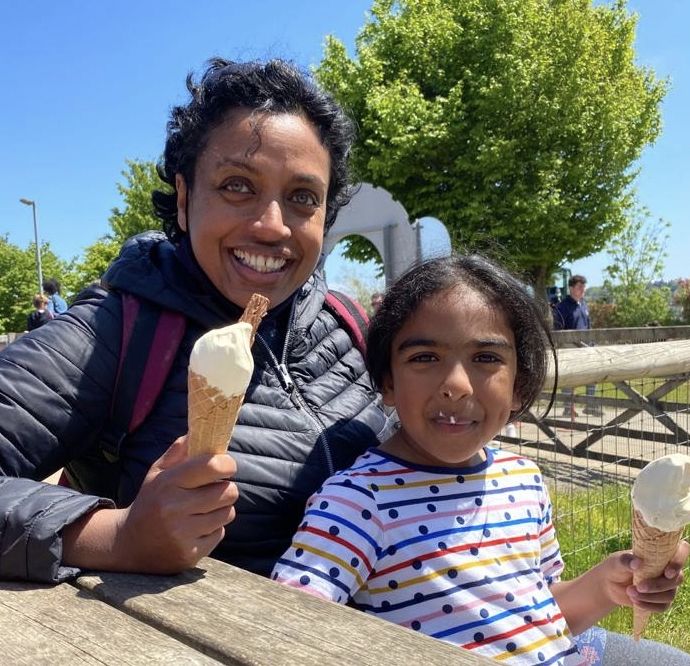 Nikki said: “We’re so pleased for Senara that she has completed the treatment. It’s always incredibly rewarding and touching to see the results of all the hard work put in by the children and their parents. We can’t help getting close to our families and our team feels like we have the best job in the world.”

The Ponseti method was reintroduced to the UK in the late 1990s and is considered the gold standard of care.

Senara's story will be be featured on ITV London tonight at 6pm.