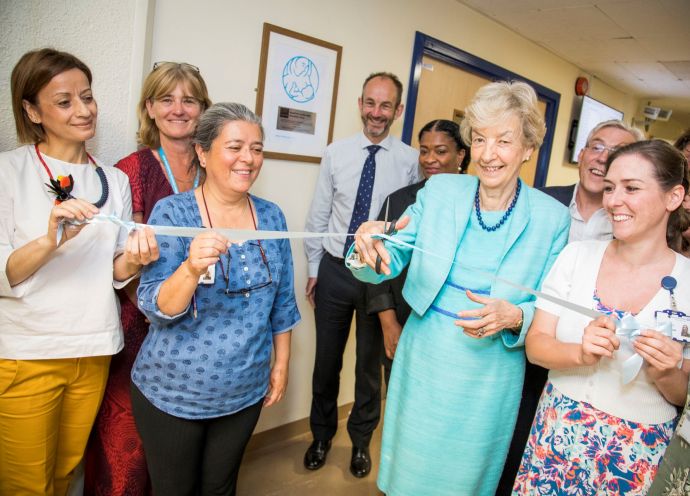 The leader of an independent review into NHS maternity services has praised the care delivered to women and their babies at the Royal Free London.

Baroness Julia Cumberlege, led a team of experts which considered how services should be developed to meet the changing needs of women and babies. The Better Births review was published in February 2016.

During a visit to the Royal Free Hospital, Baroness Cumberlege said the RFL was ‘on the verge of delivering something really different’ for women and their families.

“You are going to make the experience of giving birth something really different in the future, much more personalised, kinder, family friendly and professional,” she said.

Baroness Cumberlege added: “You [the Royal Free London] are an early adopter of the recommendations in the maternity review. You are fleet of foot and showing the way – we are going to learn a lot from what you are doing here.” Baroness Cumberlege commended the team on what they had achieved to date.

Mai Buckley, divisional director of midwifery and nursing, said: “We are incredibly proud of the maternity service we provide at the Royal Free London and women and their families tell us we’re doing a good job.

“But there are always improvements to be made and that’s why we have worked hard to implement as many of the recommendations as possible from the Better Births review. We are delighted Baroness Cumberlege recognised the progress we have made and we will continue to work hard for our women and their babies.” 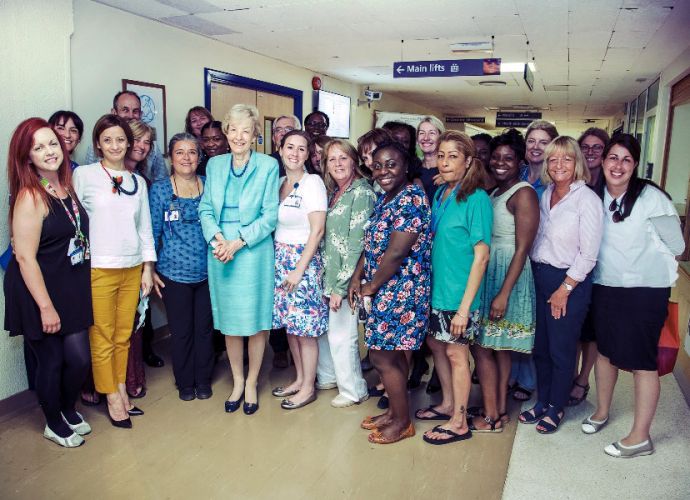 During her visit, Baroness Cumberlege honoured the team by cutting the ribbon to mark the Royal Free London’s achievement of the UNICEF Baby Friendly award. This means that mothers, their babies and families can expect quality and excellence in the care and support around infant feeding and the building of strong and loving parent-infant relationships on their journey through pregnancy, parenthood and beyond.