Clinicians at the Royal Free Hospital have demonstrated that antiviral-based therapies have the potential to protect humans from the deadly Ebola virus. 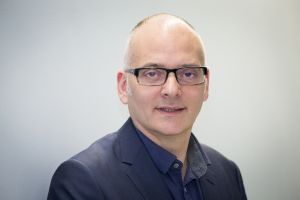 The report, published in The Lancet Infectious Diseases journal, describes the cases of the eight healthcare workers who were evacuated to the Royal Free Hospital between January and March 2015 after possible accidental exposure to the Ebola virus in Sierra Leone.

Four of the healthcare workers were considered to have been at significant risk of exposure to Ebola from needlestick injuries and were given post-exposure prophylaxis (PEP) with the antiviral drug favipiravir (Toyama Chemical Company), with or without monoclonal antibodies (similar to ZMapp). The other four workers had exposure that was not the result of a sharps injury, and were judged to be at lower risk. They were not given PEP, but were monitored.

None of the nurses developed Ebola. They all remained healthy throughout the 42 day follow-up, with no signs of disease or detectable levels of virus in their blood. The treatment regimen was well tolerated with no serious adverse events reported.

“It is possible that none of these healthcare workers were infected with Ebola virus. Therefore, we cannot know for sure whether or not post-exposure prophylaxis prevented the onset of Ebola virus disease,” said lead author, Dr Michael Jacobs, infectious disease consultant and Ebola team lead at the Royal Free Hospital.

“However, two of the workers had needlestick injuries contaminated with fresh blood from patients with Ebola virus disease putting them at a very high risk of transmission.”

Since the outbreak of Ebola in West Africa last year, staff at the Royal Free Hospital have successfully treated three nurses who had tested positive for Ebola, in addition to the eight health workers who were eventually given the all clear.

The HLIU is run by a dedicated team of doctors, nurses and laboratory staff from the department of infection. Access to the unit is restricted to these specially trained medical staff. The HLIU is designed to ensure our medical staff can safely treat a patient with a dangerous infectious disease such as Ebola. A specially-designed tent, with controlled ventilation, is set up around the patient’s bed and allows the staff to provide clinical care while containing the infection. There are various facilities in place, including a specific entrance for the patient, sterilisers which de-contaminate waste and a dedicated laboratory for carrying out tests, all of which help to ensure the patient can be treated safely and securely.