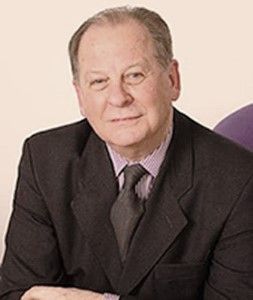 On 20 November we held our annual Marsden Lecture in the Sir William Wells Atrium at the Royal Free Hospital.

The lecture is held in honour of William Marsden, who founded the Royal Free in 1828.

This year’s speaker was Professor Sir Ian Kennedy (pictured), a British academic lawyer who has specialised in the law and ethics of health. Kennedy was knighted in 2002 for services to medical law and bioethics.

Professor Kennedy spoke on the topic ‘Inquiries in the NHS: What’s the point?’

Being familiar with the process of a public inquiry, Professor Kennedy spoke about how a culture of distrust has grown up and that conventional forms of discussion have fallen out of fashion. He said: “These days, when something bad happens in the NHS the cry goes up for a public inquiry, nothing less will do.”

But setting up an inquiry is just the beginning of the process, and this is where the question, ‘what is the point?’ comes into play.

Professor Kennedy believes that there are several purposes to an inquiry: to discover the truth, to hold to account, to facilitate catharsis, healing and learning, and to create recommendations for the future. Sometimes the process of catharsis for those involved can be just as important as discovering the truth, but ultimately, an inquiry must be about learning.

However, inquiries take a long time and are expensive. Professor Kennedy continued: “It is becoming apparent that although the hospital or the subject matter may change, the findings are the same.

The professor concluded that instead of public inquiries, what’s needed now is action.

“The most critical need in the NHS is for effective leadership at all levels. What happens at the bedside begins in the boardroom.

“We must confront an inconvenient truth, which is that leadership in some parts of the NHS gives cause for concern. Bullying is one of the most common and corrosive causes for concern in the NHS. A culture of strong leadership must recognise what is required for patients to be cared for at the highest possible standard and staff to perform at their best.”