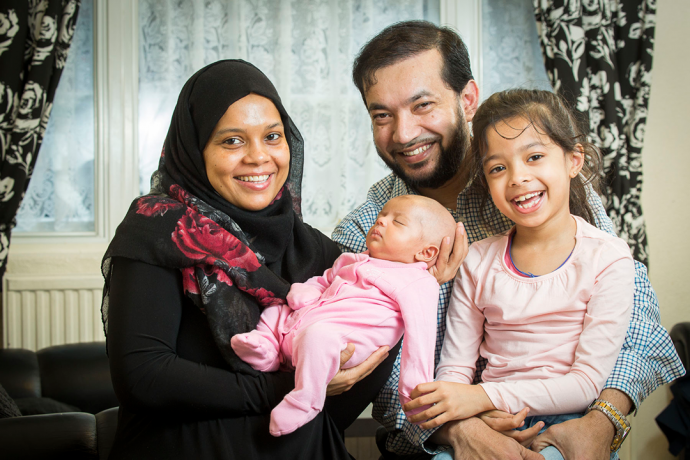 A new app which detects early signs of kidney failure is now being used to improve care for some of the Royal Free’s most vulnerable patients.

Using an instant alert system, the app, known as Streams, directs clinicians to patients who are at risk of or who have developed a serious condition called acute kidney injury (AKI).

Within a few weeks of being introduced nurses who have been using Streams report that it has been saving them up to two hours every day, which means they can spend more time face-to-face with patients.

Streams, which was developed in partnership with technology company DeepMind, uses a range of test result data to identify which patients could be in danger of developing AKI and means doctors and nurses can respond in minutes rather than hours or days - potentially saving lives. More than 26 doctors and nurses at the Royal Free Hospital are now using Streams and each day it is alerting them to an average of 11 patients at risk of acute kidney injury.

One patient who had the benefit of the new app is Afia Ahmed, 38, from Hampstead, who suffered complications following the birth of her daughter Aleeza by emergency caesarean last month.

Afia developed sepsis (an infection in the blood) during her labour, which then led to AKI. Using data from Afia’s blood test, the Streams app detected a problem with her kidney function and an alert was sent to a specialist kidney doctor.

The instant alerts about some of our most vulnerable patients mean we can get the right care to the right patients much more quickly.

The kidney specialist was able to provide guidance to the obstetric team on Afia’s condition and advised them on adjustment of her antibiotics, intravenous fluid treatment  and stopping pain killers that might put a strain on her kidneys. Afia continued to be monitored by a kidney specialist until her kidney function recovered and she was discharged home with baby Aleeza. ​

Afia said she was delighted to have had the benefit of the app. “It was great that a kidney doctor could be there to help with my treatment,” she added. “I was really unwell so I didn’t know what was going on all the time, but it was good to know I had a range of different specialists taking care of me.

“I’m really pleased that I am now at home, enjoying my time with Aleeza.”

Sarah Stanley, a consultant nurse who leads the patients at risk and resuscitation team, said: “Streams is saving us a substantial amount of time every day. The instant alerts about some of our most vulnerable patients mean we can get the right care to the right patients much more quickly. Instead of spending time checking a number of different systems for information about patients, all the information is contained in the app, which frees us to spend more time delivering face-to-face care to patients.”

Chris Laing, a renal consultant who has worked with DeepMind to develop Streams, said: “The app is delivering cultural change to the way technology is being used to improve patient care. The technology is no longer passive, but is actively helping us to provide better and timelier care to patients.

“For example on one day this week, the app alerted us to 11 patients, ranging from a young cancer patient to an elderly patient suffering life-threatening dehydration, who were at risk of developing AKI. These patients had a range of different conditions and without the app it would have taken our staff much longer to realise they were developing kidney problems. The app enabled us to monitor our patients' kidney function, detect kidney failure early and intervene rapidly to manage complications and accelerate their recovery.”

Over the coming months Streams will roll out to more clinicians at the Royal Free and the DeepMind team will be working on alerts which will help staff care for patients with other serious conditions, including sepsis and organ failure. A formal service evaluation will be carried out to measure the overall impact Streams is having.

The first alerts within Streams are for AKI, a critical health issue for the NHS. It is thought that the number of extra deaths in England each year associated with an episode of AKI may approach 40,000. The financial burden of AKI on the NHS in England alone is also believed to be in excess of £1 billion every year, which is greater than the annual cost of treating breast cancer.

Image: Top -Afia Ahmed, with baby Aleeza, husband Raquib and daughter Arifa. Bottom - the app being used by a member of staff.