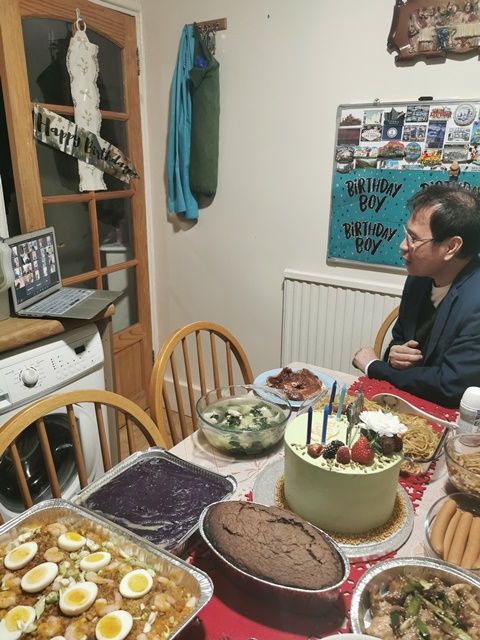 As the Royal Free London marks the anniversary of its first Covid patient this week, a nurse who spent three months as a patient with the trust last year says he will never forget the care and kindness of the staff who treated him.

Reynaldo Bautista, 62, from Burnt Oak in north west London, says he can’t wait to get back to his job as a discharge nurse at Guy’s and St Thomas’s NHS Foundation Trust, but for now he’s still continuing to regain his strength.

Reynaldo Bautista was admitted to Barnet Hospital on 12 April. He was discharged after three months but then had to stay a further two weeks at Finchley Memorial Hospital to undergo rehabilitation.

His daughter, Khristine, 27, says her father’s recovery has been slow. She said: “It’s been long slog but we are trying to encourage him all the time. He was admitted to the Royal Brompton for a few days before Christmas, under a respiratory specialist, and he is now on steroids which help his breathing. He’s stopped coughing but he still uses supplementary oxygen at night.”

Reynaldo is now enjoying doing tasks round the house like washing-up and the laundry. The discharge nurse says he dislikes not having a job to do and wants to keep busy. He’s also exercising with weights and resistance bands to help him get stronger.

He said: “I’m getting better all the time and of course it’s good to be home but I want to say thank you again to staff at Barnet Hospital. I really was impressed at the care and kindness I received and I’m so grateful to staff. I won’t forget it. I worked for the Royal Free Hospital for five years so there’s that connection there for me with the trust.”

Reynaldo paid especial tribute to Barnet’s ICU staff, where he spent two months. He said: “They are doing the very best they can for their patients.

“Now all I want is to be fit enough to go back to work and fully enjoy my life again as I used to be such an active person, including being an emcee at big events like weddings, birthdays and beauty pageants. I love entertaining people and singing.”

Reynaldo added: “I had people praying for me all over the world. Having that kind of support around you – that’s incredible.”

Pic: Reynaldo catching up with friends and family via Zoom on his 62nd birthday earlier this year