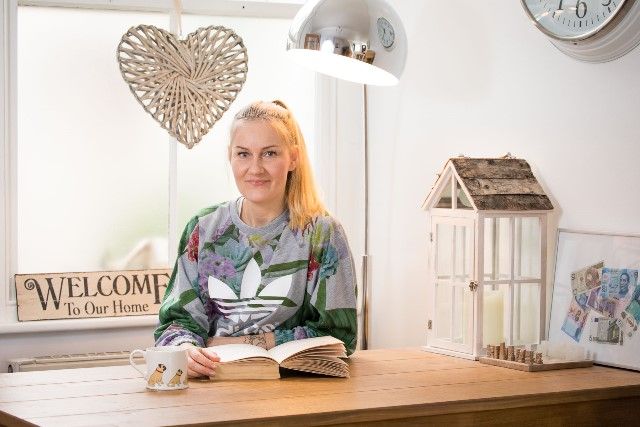 A woman diagnosed with a life-changing kidney condition has praised the technology which enabled doctors to discover the problem significantly faster and begin vital treatment.

Beata Zakowska, 33, was flagged up with acute kidney injury (AKI) alert via the Streams app, being pioneered at the Royal Free Hospital. The app – an instant alert system - detects patients at risk of AKI or who have already developed kidney injury.

Beata had been feeling unwell for a few weeks and had visited her GP and another hospital.

“It all started a couple of months ago,” explains Beata, who lives in Enfield. “I work in retail which means long days on my feet, plus the commute, so at first I just put it down to the job and being tired as usual. But it soon became clear to me that this was different from general tiredness - there was swelling around my calves and I was in so much pain I just couldn’t walk.

“I’d be OK for five or six hours but then the pain would kick in. After a couple of weeks of this I went to the GP. They thought it might be an underactive thyroid or a lack of vitamins so started treating me for that.”

But this didn’t seem to make any difference and in increasing amounts of pain Beata went to hospital. But doctors admitted her condition was a mystery and she was sent back to her GP for further tests.

Beata said: “When the GP saw the results of the blood tests he’d taken he told me to go straight to the Royal Free Hospital’s emergency department as he thought there could be a problem with my kidneys.”

From the moment Beata’s bloods were taken at the Royal Free the AKI alert meant that Beata was fast-tracked directly to the kidney team.

Beata said: “A&E said they would need to do their own blood tests because they were so unusual but as soon as the new blood results came back I was seen immediately by the kidney team.”

Sally Hamour, consultant kidney specialist, said: “It is very unusual for someone so young to have these kinds of results, but the Streams app immediately flagged up AKI to us from her blood tests. That meant Beata had the immediate support of a specialist team and we were able see her and arrange for a kidney biopsy the following day, all within an hour of getting that alert.  Beata now has a diagnosis – she has vasculitis, a rare condition which is an inflammation of the blood vessels. She has started treatment and is on medication and is receiving weekly infusions."

“I’m still processing what’s happened to me,” admits Beata. “It’s good to know that I can now start getting the treatment I need thanks to the AKI being flagged up so promptly by the Streams app. But my understanding is that some damage will already have been done to my kidneys and I need to understand what that’s going to mean for me long term.”

Streams, which was developed in partnership with technology company DeepMind, uses a range of test result data to identify which patients could be in danger of developing AKI and means doctors and nurses can respond in minutes rather than hours or days - potentially saving lives. More than 26 doctors and nurses at the Royal Free Hospital are now using Streams and each day it is alerting them to an average of 11 patients at risk of acute kidney injury.

The first alerts within Streams are for AKI, a critical health issue for the NHS. It is thought that the number of extra deaths in England each year associated with an episode of AKI may approach 40,000. The financial burden of AKI on the NHS in England alone is also believed to be in excess of £1 billion every year, which is greater than the annual cost of treating breast cancer.

In July 2019, The Information Commissioner’s Office recognised that the Royal Free had completed all actions required in the undertaking and that there were “no further outstanding concerns regarding the current processing of personal data within Streams”.