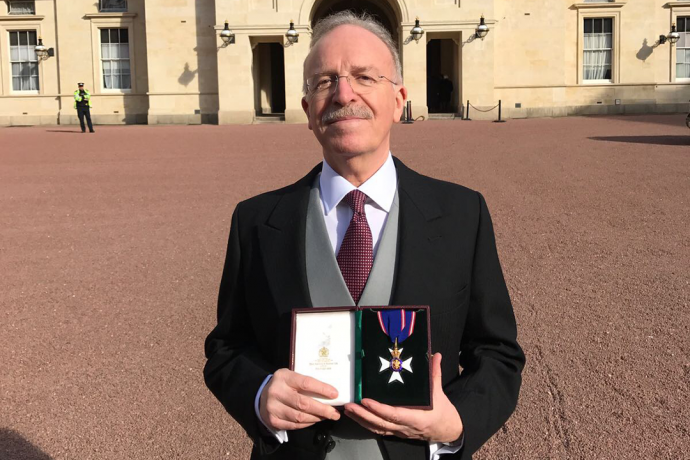 Professor George Hamilton, the divisional director of surgery and associated services at the Royal Free London, collected an award from Buckingham Palace on Friday for his services to the Royal Family.

He was named a Commander of the Victorian Order (CVO) in the New Year Honours and was presented with the award by Prince Charles before being invited to a Champagne reception at the Palace.

Professor Hamilton said: “It was a great day and wonderful experience to attend the ceremony at Buckingham Palace. Everyone there went to great lengths to make us feel special.

“It was also a lovely family occasion - my wife, my three children and my father were there with me. We had a special lunch and spent the rest of the day celebrating.”

It was a great day and wonderful experience to attend the ceremony at Buckingham Palace. Everyone there went to great lengths to make us feel special.

CVO is a title bestowed directly by the Queen in honour of a personal service given to the Royal Household.

He is professor of vascular surgery at the Royal Free London and UCL, and is a leading researcher in vascular surgery. Professor Hamilton has also held the posts of President of the Vascular Society of Great Britain and Ireland, President of the European Society of Vascular Surgery and Chair of the Joint Vascular Research Group of Great Britain and Ireland.