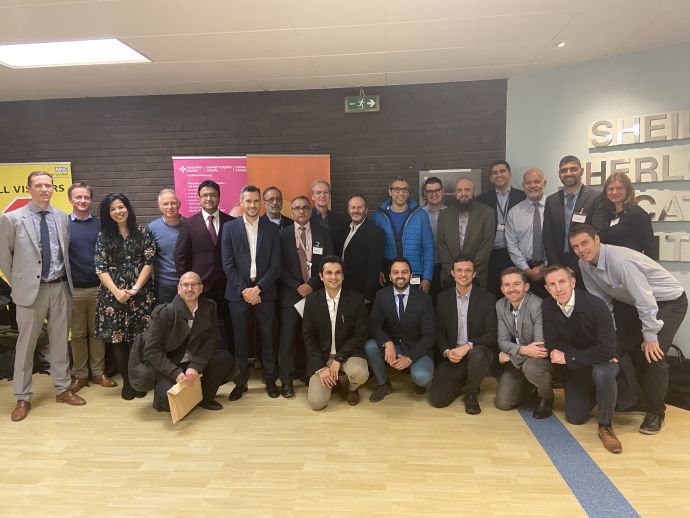 Surgeons at the Royal Free Hospital (RFH) recently demonstrated a technique for removing kidney tumours from the patient’s back  – which can mean a much quicker surgery and a shorter stay in hospital for patients.

Two operations showing this alternative method of removing tumours through a patient’s back, rather than via the front, were live streamed to the RFH’s education centre so that surgeons visiting from across the UK and abroad (pictured) could learn the technique. The operations were carried out using a surgical robot, operated by a surgeon.

Patients are selected for this type of ‘retroperitoneal’ procedure on an individual basis dependent on the position of the tumour and if the patient has already undergone repeated abdominal surgeries from the front.

Although it can be more difficult for surgeons to learn this technique, it can mean a shorter stay in hospital for patients because access to the vessels and tumour can be quicker and so operating times can be shorter.

The patients whose tumours were removed during the two procedures recovered well and were discharged home the following day.

The RFH is considered one of the largest centres in Europe for renal cancer and is also recognised for advanced fellowship training in robotic renal surgery.

Mr Faiz Mumtaz, consultant urological surgeon and renal cancer fellowship director for the RFH, said: “Surgeons have in the past been reluctant to use this method because space is limited compared to entering from the front and the learning curve is longer.

“But I have been using this equally safe method since 2014 and we want to ensure other surgeons have the option to use it.  With the help of the robot and 3D surgical planning we are increasingly observing that hospital stays for our patients where we use this new technique can be as short as a day – down from three - and that operating times are also being significantly reduced by more than half an hour as access to the vessels and tumours is much quicker. This is great news for patients and could also have a positive impact on costs of delivering the treatment in the long-term.

“The course was well attended and we hope to run it again on an annual basis.” 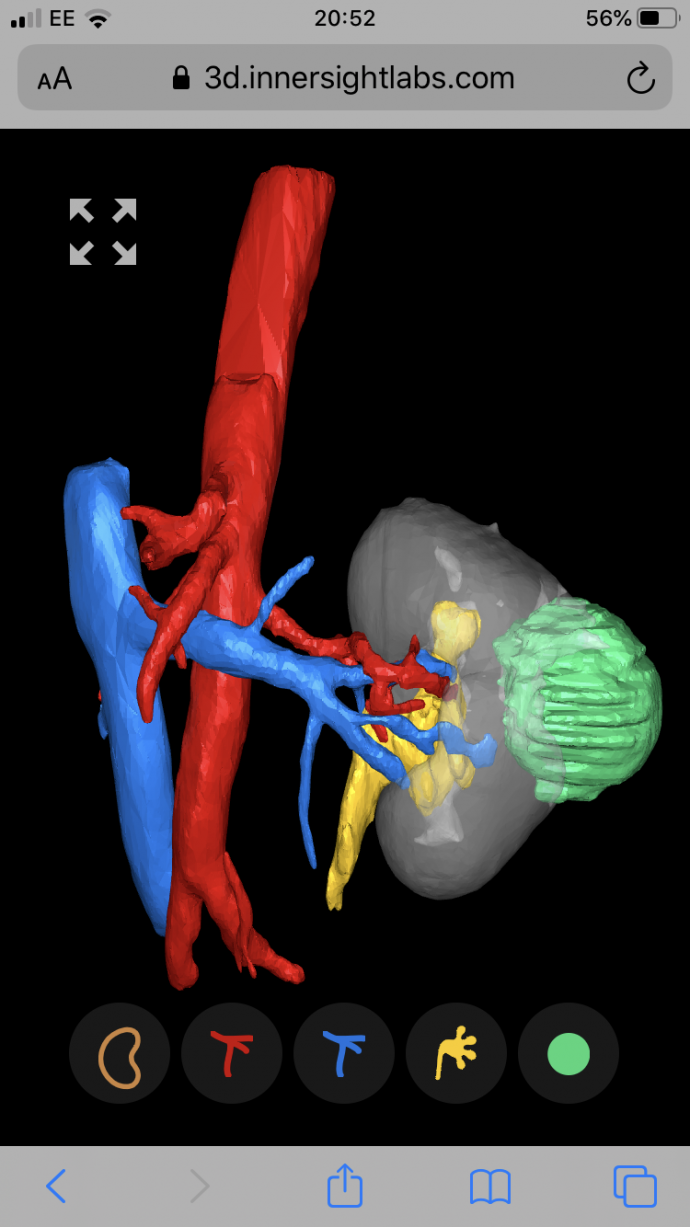 An example of 3D imaging. The arteries are in red, the veins in blue and the yellow is the collecting system for urine. The green colour is the tumour to be removed while the remaining kidney is preserved